"Making a difference for families of critically ill children"

Like all new parents, Karie and Scott Kappes anxiously awaited the birth of their first child.  On November 19, 2005 they welcomed a son named Ryan Scott Kappes. 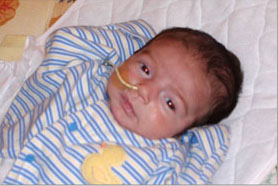 Several hours after birth it was detected that Ryan was born with a congenital heart defect (transposition of the great arteries).  Ryan's condition required major surgery just days after birth to reverse his aorta and pulmonary artery.  Ryan's surgery was initially deemed a success, and he was released from the hospital on Christmas Eve of 2005.  Scott, Karie and Ryan spent the next 17 days at home as a family before Ryan experienced complications and was forced back into the hospital.  Ryan remained in the hospital until he lost his courageous battle on January 30, 2006.

During Ryan's hospitalization, Karie and Scott literally lived at the hospital and spent every available moment by Ryan's side.  Scott and Karie quickly realized that many children were alone due to the financial strain extended hospitalizations impose on families with critically ill children.  The realization that many families are separated due to financial constraints was the catalyst for starting The Ryan Scott Kappes Foundation.

The Ryan Scott Kappes Foundation has raised over $525,000 and helped over 200 critically ill children and has made sizeable grants in support of pediatric cardiac research.  The foundation also supports The Ronald McDonald House by sponsoring rooms in Wilmington, DE and Lansing, MI. 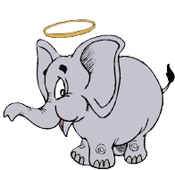